How Split-Testing Our Opt-In Form Increased Our Conversion Rate by 102.2% 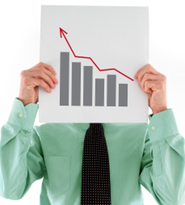 I’ll admit it… when I design opt-in forms, I’m confident that my form converts well.

Well, the other day, I discovered that my system was flawed.

Social proof, as coined by Robert Cialdini, is persuasive because people often look to others before pulling the trigger on a decision.

So, when you create an opt-in form, offering up social proof is a best-practice because people assume “other people did it, I might as well too.”

However, when we tested our sidebar opt-in form with split-testing software, we noticed something strange… Social proof hurt our conversion rate.

As far as I knew, Social Proof was a sure-fire persuasion tactic for everything other than romantic desire. I was wrong.

Warning: I’m going to take you behind the scenes of the DIYthemes split-test. The rest of this article is different from what you’re used to reading here on the Thesis Blog, but I’m sure you’ll find it interesting.

To test these different forms, I used Visual Website Optimizer split testing software. It’s great split-testing software, and extremely easy to use. Now on to the results.

We used three different variations of our sidebar opt-in form. See them below, and click each one to enlarge:

As you can see, the control (the left), variation 2 (the middle), and variation 1 (the right) are all very similar, but they had markedly different results.

Before we hop into the data, let me share my thought process behind these small changes.

Then, on variation 2, I decided to cut the social proof text completely, whereas on variation 1, I left it in tact.

I should have tested an opt-in form with the social proof below the submit button, instead of above the opt-in form.

The Results of the DIYthemes Opt-In Form Split-Test

As you can see in the chart below, both variation 1 and the control performed rather poorly. However, variation 2 did extremely well.

When you split-test conversion rates, there’s always that chance that luck played a factor in your test. To prevent that, I tested this with 2,068 visits, and the split was as follows:

In the end, Visual Website Optimizer predicted that Variation 2 would beat the control 95% of the time, and the final conversion rates were as follows:

Yes, you’re seeing that right. Removing Social Proof increased the conversion rate of our sidebar opt-in form by 102.2%. (it’s greater than 100% because of a decimal)

Thinks about it… Sure, we may have only increased our conversion rate by 1%. However, when you’re working with hundreds of thousands of visitors, that’s potentially 1,000s of emails.

Why Did Social Proof Fail Here?

That’s a tough question, and I can’t answer that with certainty until I conduct more tests. However, my gut suggests that including a social proof message above the email sign-up form hurts conversions because it interrupts your visitors.

Additionally, the social proof may give readers a reason not to subscribe. Even though our numbers are respectable (almost 15,000), that may not be compelling enough for people.

Going forward, I’m going to conduct another test where I show the social proof below the submit button and see what happens.

What do you think? Why did social proof hurt conversions? Do you have any ideas on what I should test next?