When Should You Use A Frame On Your Images? (Details Revealed)

You ever wonder why people use frames on some images and not on others?

Is this a design preference, or is there something else going on that you don’t know about?

Here on the Thesis blog, we use frames in a specific manner for a specific reason.

It sounds silly, I know, but trust me. When you see why and when we use frames, it will all make sense.

When—and Why—We Use Frames On Our Images

Years ago, I was like you. I used frames when and where I wanted, and there was no rhyme or reason for when I used them.

However, after talking with Chris Pearson, the creator of Thesis, he showed me exactly when to use frames, and why.

Before I jump into the why, here’s the when:

You should use frames when you have an image that’s either cropped with a hard edge, or an image where the color extends to the end of the image.

Or, for example, you’d use a frame on an image like this: 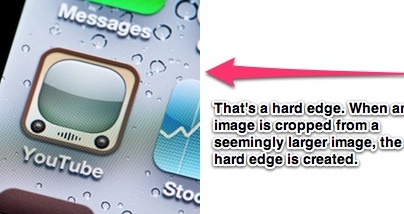 See how the image would extend if it wasn’t cropped? That’s the perfect time to use a frame.

Also, the color in the image itself extends towards the edge of the image, so even if it was a photograph, the same rule would still apply.

See how you have the complete image? No need for a frame.

But here’s where things get tricky:

See how the question mark button is clearly complete?

In this case, a frame is still needed. The background surrounding that object appears as if it can continue on past the cropped part of the image.

While I haven’t tested whether this affects conversion rates, when you have an image that’s cropped, you need a reason for the image ending abruptly, and a frame provides this.

However, when the image is complete, and it doesn’t appear as if it was cropped from a larger image, you can simply let the image ‘live’ on the background of your post, almost like it was wallpaper instead of a picture frame.