Free guide: 👀The internet has changed—has your site changed with it?

How Do You Handle Harsh Criticism From Customers? 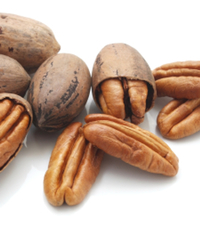 Harsh criticism hurts, and it hurts even more when you think the criticism might be true.

Yes, you can protect yourself from obnoxious customers, but is that always the best solution?

No, it’s not, but Tim Sanders, the best-selling author of Today We Are Rich, has the perfect answer for you.

The “Nuts and Shells” Exercise

In Today We Are Rich, Tim Sanders provides you with a framework for handling criticism. It’s called the “Nuts and Shells” exercise.

On the surface, it seems like common sense, but, as you know, during the heat of the moment, logic is often torpedoed by emotion.

Here’s how it works:

When you eat nuts—like pecans—there’s a protective shell that shields the edible portion of that nut.

How do you get to the tasty center?

You use a nutcracker.

And then, what do you do with the shells?

You throw them out.

How Do You Use the “Nuts and Shells” Exercise to Handle Criticism?

No matter what people say, whether it’s positive or negative, there’s an opportunity to learn something from their comment.

How can you take advantage of that opportunity?

Grab the nutcracker, and crack that comment WIDE open.

Then, learn what you can, and throw out the shells.

I know this sounds like some “woo woo” stuff here, but it works because it’s practical.

Yes, I’m quick to ignore customers and prospects who are rude and obnoxious.

However, I’ve always looked for ways to turn their reprehensible behavior into an opportunity.

For example, over at Social Triggers, people often mistakenly think that using psychology to persuade people to buy products is equivalent to manipulation.

I’ve even received “hate mail,” but I can’t blame the haters.

If you intend on manipulating people, you can.

But are the strategies inherently evil?

It’s the people who use the strategies, and now, after I’ve attracted some haters, I make sure I point that out regularly. And surprisingly enough, I haven’t received much hate since then.

I essentially used the “nuts and shells” exercise. I took the harsh criticism, discovered the root of the problem, addressed it, and threw out the shells.

Have you received harsh criticism lately?

How did you deal with it?

Did you let it get you down?

Do you think the “Nuts and Shells” exercise will work for you?

Also, if you like Tim Sanders’ style, you should check out his new book Today We Are Rich. You can head over to his site, and download a portion of his book for free by clicking “Download the Free eBook” on the top right.

Follow my free 4-step roadmap to get the insights you need to run a fast website that:

Enter your email below, and I’ll send you my free, 4-step guide to build a fast website your visitors will love: